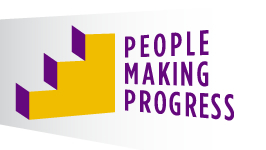 We provide quality services so that adults with developmental disabilities may work, live and thrive in the community to their fullest potential.

PMP was started informally in 1987 in response to what we would term today “consumer choice.” Back then we merely called it one parent, Dorothy F. Miller, in concert with other parents working to secure fulfilling futures for their sons and daughters. Admittedly, PMP’s founder was not your typical parent. Dorothy Miller was the adoptive mother of eleven children with disabilities – a powerful advocate for ALL persons with disabilities – a visionary - whose innovative ideas led the way for services for people with disabilities in the Atlanta area.

Focusing on “abilities” was and continues to be a vital part of who we are. In the 80’s as Dorothy’s children neared graduation from high school, their futures beyond the school years became her driving focus. She wanted her kids to have the opportunity to share their skills and talents in the community, to be a part of the working world, to have pride in their accomplishments and, quite simply, to be happy. Dorothy knew many parents who wanted their young adults to have the same things.

Seeing this need, Dorothy realized she could provide a framework to help young people and their families achieve their dreams. This framework, People Making Progress, was formally incorporated in February of 1988. Supported Employment was a relatively new concept at that time, but PMP was able to secure a grant from the State Department of Rehabilitation Services to “pilot” a project on community based work for a small number of persons with severe disabilities. Since then, PMP has provided services to hundreds of people with developmental disabilities.

In order to foster greater inclusion and more fulfilled lives, PMP expanded to provide Supported Living services in 1994 and Community Support services in 2004.