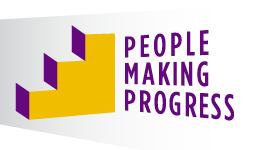 Supported Employment
Supported Employment services provide supports to individuals that enable them to work in their communities.  We assist our consumers to find a good job that matches their abilities and interests.  Once individuals are employed, we support them for the life of that job; training and retraining, problem solving and coaching them to be the best employees they can be.

In 1996 a new Hotel was opening in midtown Atlanta. PMP approached hotel management with a proposal to staff the dish room with persons with disabilities. The concept of supported employment was explained to the management team with the understanding that a PMP job coach would support the utility crew throughout their shifts in the dish room.  Despite some misgivings especially considering that the entire complex would be undergoing the inevitable start up problems of any business, management gave PMP a chance and hired several persons with developmental disabilities as employees.  The Hotel had its Grand Opening early the next year with the PMP utility crew manning the dish room. All these years later it is a relationship that works. The People Making Progress consumers, who are supported by hotel management and co-workers alike, keep the dish room functioning and are an integral part of the operation and culture that provides Five Star Service to visitors to Atlanta.